The Asian Festival of Classical Dance 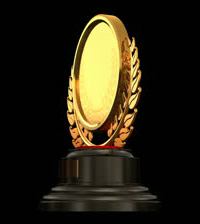 Classical arts have a long and distinguished history and training in them is not to be taken lightly - they require a great deal of dedication, commitment and passion. Requirements are much more stringent, and expectations are considerably more demanding, than other art forms. As audiences are typically limited, it is a well-known albeit lamentable fact that the contributors to these arts are accorded less recognition than mainstream arts. 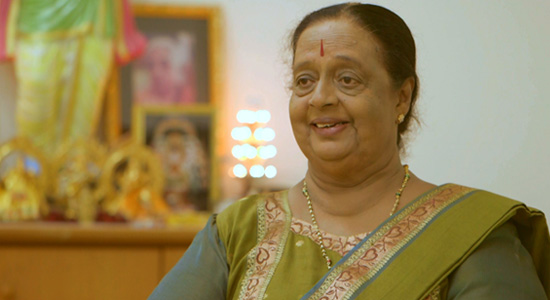 We are honoured to present the Samarpana Citation 2015 to Mrs Neila Sathyalingam, Singapore's doyenne of Bharatanatyam in the Kalakshetra bani.

Neila Sathyalingam is a leading exponent of Indian classical dance in Singapore. An award winner for the Cultural Medallion for her contributions to dance, her international honours include the Viswa Kala Bharathi from the prestigious Bharat Kalachar, Chennai.

Her early training began in Sri Lanka when she was five years old and her talent made her enroll in Kalakshetra, India, where she trained under the famed Rukmini Devi Arundale.

Post her relocation to Singapore in 1970's, Neila and her husband founded Apsaras Arts to promote traditional Indian dance forms in multiracial Singapore.

Our 2014 Samarpana Citation honoree, Ms Low Mei Yoke is the co-founder of Frontier Danceland and is presently the artistic director and choreographer of the company. Under her direction, Frontier Danceland gained professional status in 2011.

With a unique style that fuses Eastern dance aesthetics with Western dance movements, Low's choreography focuses on honest portrayals of human emotions, zealand relentless drive. Her works are contemplative, evoking reflection and introspection, and are celebrated for being bold, imaginative and thought-provoking. She also enjoys creating works that represent Singapore's vibrant and diverse society.

An advocate of contemporary dance in Singapore, Low has been actively involved in dance education for over 30 years.

Know more about her passion for dance via this video.

Samarpana 2013 is pleased to honour Madam Som Said a choreographer, instructor, director with more than 40 years of experience. From a humble hobby, now Mdm Som Said leads young arts enthusiasts towards professionalism in the art scene.

Performing since the tender age of eight, accomplished dancer, instructor and choreographer Som Said's deep commitment and tireless contribution to the development of Malay dance has made her an icon of the Malay dance community in Singapore. Her formation of Sri Warisan - Som Said Performing Arts Ltd, which she hopes will be Singapore's first fully professional Malay dance company, hallmarks her resolve in seeking high standards in dance performance and presentation.

Former instructor, choreographer and Artistic Director of Sriwana, Som's perception of the poor quality of Malay dance in the 1970s, pushed her to continuously pursue the task of improving standards, both in herself when she was dancing, and now in others for whom she choreographs. She saw the road to improving standards was in instilling the right training in the young, and in 1974, she formed the Sriwana Children's Dance section.

For her efforts and dedication, she was presented with the National Youth Service award in 1979. Som Said has received the Ministry of Community Development's Cultural Medallion in 1987 for her contribution to Singapore dance and for her promotion of the republic cultural exchange programs.

Creatively, Som works tirelessly to innovate and create new steps and movements within the traditional structure of Malay dance. Som took it upon herself to learn jazz ballet, Chinese and Indian dance. She also spent six months in Jogjakarta, Indonesia learning various forms of Indonesian dance and music.

Her strong desire to preserve the Malay culture manifests itself in one of Sri Warisan's objectives that the organisation, apart from providing performing opportunities, will also become a cultural community and a repository that can document and preserve Malay culture. 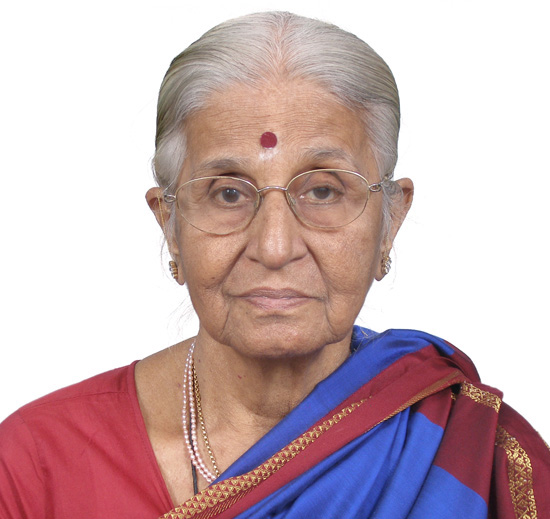 Prof. NS Jayalakshmi is a Kalakshetra Post Graduate with distinction. A direct disciple of legendary Smt Rukmini Devi, Jaya teacher has dedicated her life to Kalakshetra's cause. Jayalakshmi took part in many early productions of Smt Rukmini Devi's and assisted her in training young talents. Jaya Teacher's interpretations of roles she donned in the Kalakshetra dramas are well known amongst dance connoisseurs today. It has been commonly accepted that her role as the impressionable kurathi in the Kutrala Kuravanji dance drama remains unsurpassed. Equally, as a teacher, her commitment has been just as phenomenal.

Jayalakshmi's scholarship of dance theory is well known, and universities and cultural institutions all over India and abroad have recognized her at the highest level. Jaya Teacher serves in many university examination boards and expert committees, and has been called upon by many of the leading universities to guide doctoral and post- doctoral scholars in dance research. In addition, Jayalakshmi has been publicly recognized by many state Governments. Jaya Teacher has guided many of the leading artistes today, including Shantha and Dhananjayan, Balagopal, Krishnaveni, Janardhanan, Leela Samson, Indhra Bora, and V Gayathri. These are just a few who have benefited much from her tutorship and attribute much of their success to Jaya Teacher.

Jaya Teacher was awarded the Tagore Akademi Puraskar, by the Sangeet Natak Akademi, announced in December 2011, as a part of the ongoing commemoration of the 150th Birth Anniversary of Gurudev Rabindranath Tagore.